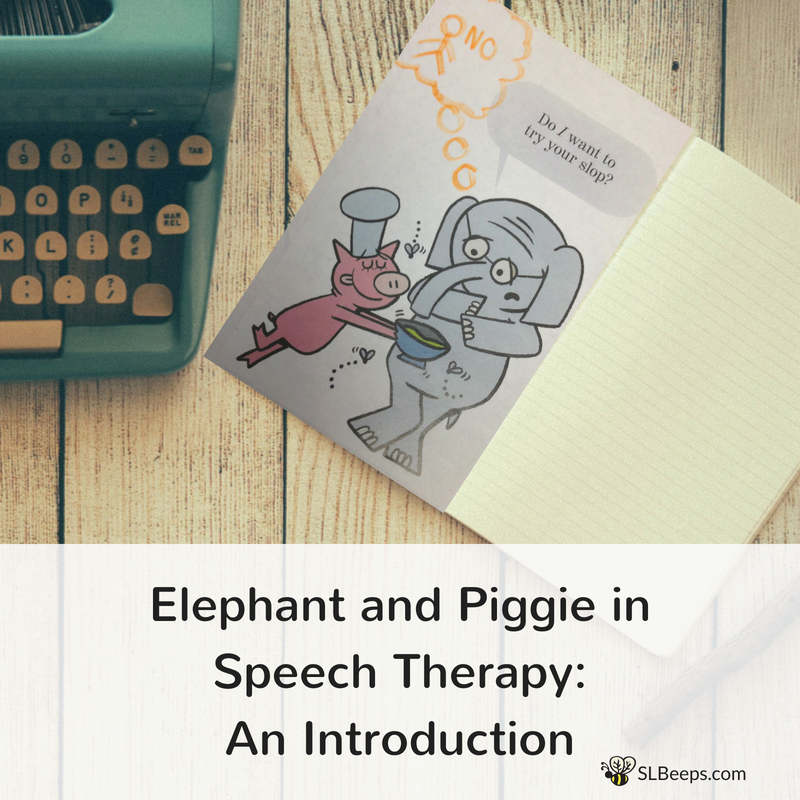 I have books that I use over and over and over in treatment.  Many of those books are by Mo Willems the writer/illustrator and Caldecott honoree formerly of Sesame Street, and known for the books Knufflebunny and Don’t Let the Pigeon Drive The Bus.  I’d like to do a series of posts on those

Piggie REALLY likes slop.  It’s her favorite food and she’s very eager to have her  BFF Gerald try it. Gerald doesn’t want to, but he does. (*spoiler alert?*) He finds it tastes just as disgusting as it looks.

Does he lie politely to his friend?

No, and this is the really interesting part: he doesn’t lie.  He says he doesn’t like it, but “I’m glad I tried it, because I really like *you*”.  Victory! He tried the slop and was honest about his feelings without making his friend feel rejected.

How great is that? This approach resonates with my students on the spectrum–being very direct (and thus avoiding being offered something they hate next time) but also being thoughtful of the other person’s feelings.

I’ve had students read it aloud when they need to work on /ri/ sounds or medial /l/, or /sl/ clusters.  Since they’re books for early readers, there aren’t too many words and they’re repeated often, which is good for frequency.

I also work on story retells–the books are quick and clear, with very expressive pictures that give you an idea of the characters’ internal states.  I use the classic and simple “Somebody Wanted But So Then” format.  That is, piggie WANTED her friend to eat the slop BUT he didn’t want to SO she felt sad, THEN he said he would.  Or we can look at it from Gerald’s perspective. Gerald WANTED his friend to be happy BUT the slop looked disgusting SO he tried only a little taste, THEN got grossed out But said something that made her happy.

So what I did was make copies of the pages (my job is AWESOME and has a color copier; this would work fine with post-its or an overlay too) and had the students add thought bubbles to the pages.  This student, for reasons known only to him, added the characters’ genders within each thought bubble, which was a nice touch.

Here’s Elephant and Piggie’s “Biggie” which includes five great stories.   It’s on the sturdy side and might be a little large for tiny hands, but it’s a very good deal, especially if you’re itinerant and lugging books around.

Before Biggie came out, I bought my copy of I Really Like Slop, which is just the one story, but lighter if you don’t need to be hauling five books in one.

Finally, here’s a video with the author himself.  My students find it absolutely hilarious.  (You may be concerned at the beginning of the video that he will be implying vegetables are not delicious; don’t worry, he does no such thing.)